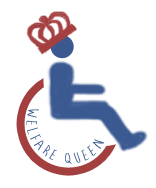 Disabilities in the News | Missing the Mark 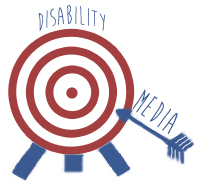 Despite the fact that nearly 20 percent of the US population and 15 percent of the world’s population have disabilities, very little news coverage is provided for issues concerning people with disabilities. We know from existing research that media representations shape the perceptions we have about cultures with which we do not have personal experience, and these representations (and resulting perceptions) are not always positive. In the case of disabilities, mainstream news media largely ignores issues of importance to the disability community and when stories are covered, the constructions of people with disabilities are often very narrow, either presenting members of this marginalized community as helpless, in need of charity, or representing one of a few select disabilities such as Downs Syndrome, someone using a wheelchair, or more recently, autism spectrum disorders. This past week, two very different articles about issues of disability were presented by ABC News/Good Morning America and Al Jazeera America.

The first article titled, “Read Ohio Dad’s Tear-Jerking Letter to Newlywed Daughter With Down Syndrome,” from ABC News wasn’t the worst article I’ve read about people with disabilities, but there were a few glaring issues. This article shared a story about a father who had written a letter to his daughter with Down Syndrome on her wedding day. While ABC should be commended for including a story portraying a person with a disability participating in a common life activity (a wedding) which many people assume is not a viable life option for people with disabilities, there is one noticeably absent participant in this story: the woman with the disability, Jillian. It is revealed in this story that the father was approach by another media outlet, themighty.com, to write about his daughter with a disability getting married. Oddly, as the story on ABC unfolds, not only are the subjects of the story, Jillian and her new husband Paul (who also has a disability), not including in telling the story, at the end of the story the father reveals that he has not actually given the letter to Jillian. This left me wondering if Jillian was unknowingly part of a news story about a letter from her father on her wedding day of which she has no knowledge? It makes the entire story seem like more of a story to get clicks than to bring awareness about the abilities of people with disabilities.

The second article titled, “Public schools disturbing conflation of race and disability,” while not perfect, does a far superior job covering an issue of importance to the disability community than the ABC News article above. Given the weight of this topic and the depth that would be required to understand the full extent of the issues, I thought the article was a great introduction to the topic and provided an abundance of links to previous research findings, statistics, and existing laws, which provided readers the opportunity for a deeper understanding of the issue of race and special education. The article also attempted to not point to just one issue of race that affects special education, but tackled several different angles, including identification, discipline, quality of resources and treatment, and how advocates would like improve the system.

Unfortunately, like much of the media coverage about disabilities, the author of this article did not seek out and include the input and experiences of students with disabilities in reporting on this issue. By including the stories from students themselves, I think the story could have been far more powerful in conveying the issues than just a listing of statistics and studies. These improvements would have created a really stellar piece of reporting on a very important issue for the disability community.

Welcome friends!  Direct from the “About” Page, here is a little introduction to and insight into what we hope to accomplish here at Blog.DonnellProbst.com:

What this blog is…

DonnellProbst.Com will examine the relationship between disability and the media. We will attempt to challenge narrow constructions and question the underrepresentation of people with disabilities in current media. Currently there is very little existing literature or practice focused on disabilities in media literacy education. My goal is to shine a light on the need for media literacy education to include topics relevant to the disability community.

What this blog is not…

DonnellProbst.Com will not argue personal opinions or the validity of personal belief systems. We all have opinions, however, we strongly feel opinions should be formed through factual, evidence-based research and outcomes.

This is not a forum designed to draw universal agreement. Our goal is to challenge the opinions, stereotypes, and assumptions of the media. Our opinions will be designated as such and we encourage our readers to evaluate and designate their comments in the same manner.

While I will attempt to remain politically neutral, it is important to remember that sometimes there is a “correct” side of the argument. We will not give weight to opinions and practices in the media which devalue people with disabilities, and will do our best to provide facts and/or evidence to support our view.